Their Love Knows No Borders – Not Even a Closed One

Along a ditch that separates the U.S. from Canada, a very 2020 romance is taking root.

This story was produced by The Tyee, a We Are Not Divided collaborator

It started, like many modern relationships do, with a smile and then a swipe.

On April 12, when Julie Arps first messaged Lynt Harris on Plenty of Fish, the world around them was growing increasingly unrecognizable. The novel coronavirus had infected just over a million people worldwide. New York’s skyrocketing death toll was front page news. The pandemic had sent the world economy into a tailspin and shut down international borders, including the one between Arps and Harris’s homes.

Arps lives in Ferndale, Washington, just a 45 minute drive away from Harris’s home in Surrey, British Columbia. Before the virus came along, neither of them thought of the U.S.-Canada border as much of an obstacle. Arps says she’s a fan of Vancouver’s sushi and Stanley Park. Harris says he’s taken his family to visit Washington as many as eight times in a typical year. But 2020 refused to be typical.

The ban on travel between Canada and the U.S. hadn’t registered when Harris was crafting his reply; instead he was worried about responding too instantly. Harris says he waited a full day before messaging Arps back, just to be safe.

But a few messages soon snowballed into long chats on WhatsApp and Zoom, often spanning late into the night. “As soon as we started the video chat I could just tell that he is special,” Arps told me over Zoom in late September. I found myself mirroring her smile as she talked about the moment she knew this wasn’t just a fleeting app-enabled flirtation. He’s a good man in a way that’s hard to explain, she said. Her beaming eyes said the rest.

Harris found himself captivated by her calm and sense of humor in the face of so much strangeness. He gave Arps a grand tour over video chat — of his house, his job, his previous marriage, his two kids in their twenties, and everything in between. Arps has kids of a similar age and works as a teacher in Blaine, the last American stop before the duty-free parking lot. It was her son who first suggested that they take their dates to the Peace Arch park along the border, which straddles the 49th parallel and is accessible to residents of both countries. The Peace Arch park is unique — a green space in which U.S. and Canadian citizens can co-mingle, as long as they don’t cross the park’s perimeter into the other country.

For their first in-person meeting on May 22, Arps was guided by immigration lawyer and family friend Len Saunders, best known for helping out Canadians who’ve admitted their cannabis habits to border guards.

“He’s actually a longtime friend of ours because my younger son is best friends with his son,” Arps said. “He walked me all the way through the park to meet Lynt. He told us where we could go in the park and where we were free to roam and hang out and everything.”

In those still-early days of lockdown, a reopened border didn’t seem too far away, Arps told me. They met two or three times a week in the afternoons when Harris got off work, which was a blissful diversion from all the state-ordered isolation. They held hands, ate snacks on a picnic blanket, and tossed a frisbee surrounded by other reunited couples and families. At one of their first meetings Harris gave Arps a remote to open the gate outside his building. “When she comes in, she can just kind of drive through,” he explained.

Then the goal posts moved back a month, and then another. Even though businesses were allowed to reopen and shelter-in-place orders were lifted, Canada’s ban on non-essential travel did not ease up over the summer. “It’s been extended six times now,” Arps said.

From my first look, when I saw them sitting less than a meter apart, I really felt it’s a love story.

Harris and Arps have continued to stay hopeful through rain, wildfire smoke, and even a temporary closure of the Peace Arch park. In June the park’s south entrance was barricaded over crowd concerns, so Saunders suggested a lesser-known meeting place along Zero Avenue at the international border near Abbotsford, B.C.

“It was not the safest place,” Arps said of the grassy “border ditch” where they met for just a few weeks. With tall grass and uneven ground in the middle, and a fast-moving highway on the edges, it was a short drive but a great distance from the stately “together in unity”-inscripted Peace Arch monument.

Despite the unglamorous setting, Arps and Harris smiled through unseasonably cold June weather. It was there they met Czech photographer David Tesinsky, who noticed their umbrellas and lawn chairs by the side of the road.

“From my first look, when I saw them sitting less than a meter apart, I really felt it’s a love story,” Tesinsky told me for a story in July. Across a 50 kilometer stretch of road, Harris and Arps were one of two couples braving the elements in what looked like the middle of nowhere.

Harris and Arps were able to return to their preferred transnational picnic spot later that month, and Tesinsky visited them there, too. As reporters like myself started to take interest in their blossoming relationship, fellow park attendees started recognizing them.

“Just the other day a young couple came up to us and asked if we were the couple in the article,” Arps said, referring to a heartfelt Maclean’s profile in September. “They had actually made this remarkable trip from Michigan and Ontario, just to meet in the park.”

Arps was amazed to hear that long-distance couples were making cross-country journeys just to share the same fresh air during a global pandemic. She’s since received social media messages from people in Oregon and Alberta asking about the park. “It’s such a special place for us,” she said.

Harris told me the attention takes him out of his comfort zone a little, but he’s glad to inspire others to connect. There’s a second wave of infections and a high-stakes American election outcome on the way, so spreading kindness and hope feels more radical than ever.

With Covid-19 cases rising, days getting shorter and rain coming down more than ever, Harris and Arps know their personal challenges aren’t going away soon. The park closes when the sun sets, which will mean less time together during the week over the winter months. “It’s just going to be kind of restricted to the weekends,” said Harris.

Both Arps and Harris say they’re still hopeful that restrictions will ease up a little, if not entirely. “We’ve got more control of things now, I think we’re safer than we were,” said Harris. “We’ve got more knowledge about how to protect ourselves.”

Arps heard rumblings that the two countries were preparing to introduce exceptions to the travel ban in September, and sure enough, on October 2, the Canadian government announced it would allow families and couples of at least one year to apply to cross for a minimum 15-day stay.

I’m obviously really devoted to Jules, so I keep a smile on my face. Eventually things will open up.

Harris and Arps are still a few months away from celebrating a one year anniversary, but their plans together extend a lot further into the future. “I’m obviously really devoted to Jules, so I keep a smile on my face,” Harris said. “Eventually things will open up.”

Arps knows that one day she’ll be able to use the remote Harris gave her. When that finally happens, she says she doesn’t imagine anything too fancy — just some quality time, and maybe a bike ride together.

“I try to keep it in perspective and think about the big picture,” Arps said. “In the long term, this isn’t as big a deal as it will be in the future. And we’re going to have a good story to tell.” 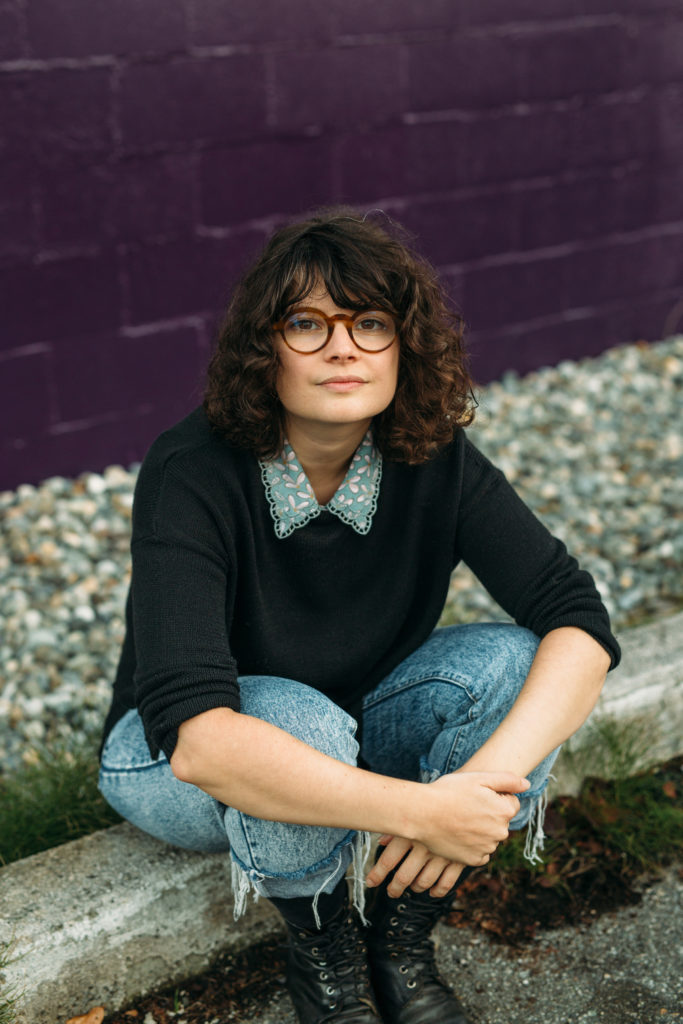 Sarah Berman is a reporter and editor based in Vancouver.