Taiwan’s Crowdsourced Democracy Shows Us How to Fix Social Media

How hackers taught the government to embrace division-resistant politics.

The origin of one world always begins with its feet in another. And so it was on March 18, 2014.

A large crowd had formed, pressing against a tall wire fence that separated them from a large, gray building, resembling something of a mix between a bunker and a temple.

That evening, the crowd — as crowds do — wanted change. The flashpoint had been a trade bill, purporting to bring their country, Taiwan, closer to China. But the problem, the anger, was deeper.

Opponents to the bill felt not just defeated, but invisible. The government had promised to listen to their concerns, but simply hadn’t done so, rushing the bill onto the Parliament floor. They had the votes; they could get it through. So that evening, protestors scaled the fence, kicked the door open and streamed onto the floor of Taiwan’s Parliament, the ‘legislative Yuan.’

The occupation became known as the Sunflower Revolution. It was one of those moments where a new direction is taken and a new era begins. For as it settled one question, that of trade, it opened another, much bigger one: How could Taiwan’s government listen better?

To answer that question, Taiwan did not turn to any of the usual suspects. They didn’t ask lobbyists or political consultants. Instead, one Saturday several months later, the government arrived at a bustling lecture theater on a university campus to ask for the help of a group that very few politicians knew even existed: the civic hackers. 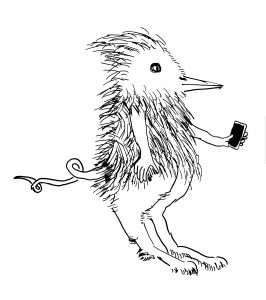 Taiwan’s civic hackers were organized around a leaderless collective called g0v (pronounced “gov zero.”) Many believed in radical transparency, in throwing opaque processes open to the light, and in multi-stakeholderism, the idea that everyone who is affected by a decision should have a say in it. They preferred establishing consensus to running lots of majority-rule votes. These were all principles, incidentally, that parallel thinking about how software should be designed — a philosophy that g0v had begun to apply to the arena of domestic politics.

In the wake of the Sunflower Revolution, members of g0v joined the government, and one of its members, Audrey Tang, became the country’s digital minister. The worlds of power and politics began to mix with technology and hackerdom in ways never seen before in an attempt to create a new way of making political decisions.

As g0v saw it, the problem of politics was essentially one of information. Votes were strung out too far apart to really give lawmakers much of an idea of what the public wanted. And votes, referenda, run-offs and debates often split the public down the middle. They needed a way not to measure division, but construct consensus.

Naturally, they thought the internet could offer a solution. But in Taiwan – like everywhere else – the internet was part of the problem. The kinds of online spaces where political debate happened were engineered for an entirely different purpose: to capture attention. Whether it was Twitter’s timeline, Facebook’s news feed or the recommendations on YouTube, these platforms served up information that was shocking, horrifying or crazy enough to keep people glued to their screens. And that often meant amplifying the thundering politics of division and outrage rather than the subtle complexities of compromise.

“People spend far more time discovering their commonalities rather than going down a rabbit hole on a particular issue. Invariably, within three weeks or four, we always find a shape where most people agree on most of the statements.” — Audrey Tang

The hackers’ answer was called vTaiwan. (The “v” stands for virtual.) A mixed-reality, scaled listening exercise, it was an entirely new way to make decisions. The platform invites citizens into an online space for debate that politicians listen to and take into account when casting their votes. Government would start a new vTaiwan process on a political question it was deliberating, and Taiwanese people from across the full spectrum of opinion would join one another to discuss it online.

Crucially, however, the discussants found themselves in an entirely new kind of online space — exactly the opposite of a social media platform that encourages strife. vTaiwan used a platform called Polis, designed by Seattle-based technologists, that turned the engineering of the tech giants on its head. Like any other social media platform, Polis would let anyone share their feelings on the issue with everyone else, and agree and disagree with the opinions of others. But that’s where the similarity ended.

As the debate began, Polis drew a map showing all the different knots of agreement and dissent as they emerged. As people expressed their views, rather than serving up the comments that were the most divisive, it gave the most visibility to those finding consensus — consensus across not just their own little huddle of ideological fellow-travellers, but the other huddles, too. Divisive statements, trolling, provocation — you simply couldn’t see these.

“People spend far more time discovering their commonalities rather than going down a rabbit hole on a particular issue,” Audrey Tang tells me. “Invariably, within three weeks or four, we always find a shape where most people agree on most of the statements.” They found that re-engineering the online space had exposed a deeper human truth. In politics, humans spend most of their time concentrating on what they disagree upon. But if you gamify consensus, you expose points of unity that were previously hidden.

Soon, vTaiwan was being rolled out on issue after issue, especially those related to technology, and each time a hidden consensus was revealed. Underneath an angry debate about Uber regulation, for instance, it emerged that what everyone really cared about was safety. Then there was the extremely angry debate about whether to change Taiwan’s time zone. But what initially had all the hallmarks of geopolitics (closer to China, or further away?) really wasn’t about that at all — everyone wanted Taiwan to maintain its autonomy, they just disagreed on whether a time zone was the way to do it. The participants even began to change the questions themselves — rather than argue over whether drunk drivers should be beaten with canes, everyone began to focus on how to prevent drunk driving in the first place.

New worlds may begin in the old, but they don’t remain there. Civic technologists are spread all over the world, and the achievements of Taiwan – and Audrey Tang herself – have redefined what is possible. Through the many hackathons, meet-ups and conferences that knit the community together, and in different forms and guises, the idea spread that here was a way to transform democracy, to make decisions more effectively.

Polis was used to bring 2,000 people together at a virtual town hall in Bowling Green, Kentucky — a world away from Taipei, to say the least. Asked how to improve the local area, residents found consensus around improving traffic flow, adding bike lanes, beautification of the waterfront, even access to broadband internet services.

The local government of Newham in the U.K. used it to help inform parking policy. And all the way over in Singapore, the government used it to hear from young people about their views on active citizenry, inclusivity, and awareness around mental health.

The biggest hurdle, however, is yet to come. For any of these initiatives to matter, the process has to be plugged into power. It has to change things. It has to make decisions. In Taiwan or elsewhere, the process must work within existing systems of democracy, which it both relies on and challenges.

That’s a reason to be cautious, but also a reason for optimism. The system’s potential to heal divisions, to reconnect people to politics, is a solution made for the problems of our age. What started with a protest on the floor of Taiwan’s parliament may lead us towards a world governed by systems that look very different from any parliament at all. 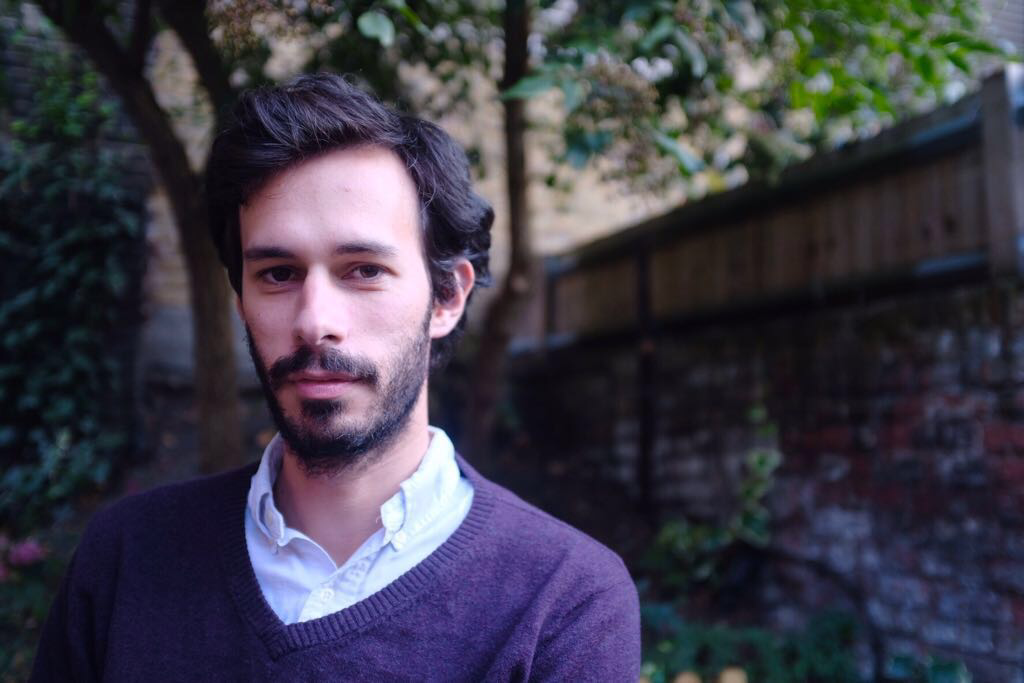 Carl is the founding Research Director at The Centre for the Analysis of Social Media (CASM) at Demos, a British think tank. For the past nine yeas, he has researched how the digital world affects politics, society, crime, journalism, warfare and business. He presents programs for the BBC’s flagship technology show, BBC Click, and has written for The Economist, The Sunday Times, Wired, New Scientist, The Telegraph, the Times Literary Supplement, and the Guardian.

Is This the Unlikeliest Friendship in America?
Inside the Mind of a Mind-Changer
How Oakland Got Real About Equitable Urban Planning
LGBTQ+ and Religious People, Face to Face
I Loathe Your Politics – So Let’s Be Friends
How Loggers Helped Environmentalists Save a Spectacular Canadian Rainforest
In this Connecticut Prison, the Guards Double as Mentors
A Public Apology Seven Decades in the Making
Are You Liberal? Are You Sure?
Cops and Community Organizers Are Reimagining Atlanta’s Jail
How Can I Convince You?
Inside the Student-Led Movement to Depolarize College
My Surprisingly Friendly Post-Prison Life
Tackling Covid-Era Racism Across the U.S.-Canada Border
The Nature of Polarization Is Changing
The Non-Partisan “Pro-Voice” Abortion Space
The Performance that Eased a Tribal Conflict
The Unlikely Friendship that Helped Legalize Same-Sex Marriage in Ireland
We’re Closer Than We Realize
What a City-Sized Sharing Economy Looks Like
Why Kindness Is a Winning Campaign Tactic
A Therapist Teaches Us How to Connect
A Tool for Understanding
Artistic Wizardry That Illuminates Our Bonds
Empathy Is a Muscle You Build
Building a Kinder, Gentler, Smarter Social Media User
This website uses cookies to give you the best experience. We don't use any cookies that spy on you, sell your information or spam you. Read our privacy policy here. More info
OK
Privacy & Cookies Policy