This story was produced by The Guardian, a We Are Not Divided collaborator.

When Glenn Stanton and Sheila Kloefkorn first ended up in the same room together, they knew they were not going to see eye to eye.

Kloefkorn, on the other hand, had married her wife in 2014, on the day gay marriage became legal in Arizona. Having fought for equal marriage for decades, finally being able to wed meant letting go of feeling like a second-class citizen. 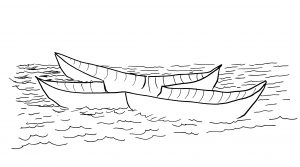 But today, Stanton and Kloefkorn are friends. They met through Braver Angels, an organization that encourages people to befriend and understand people who have differing political opinions. Today, they laugh when people are surprised at their friendship.

“I don’t believe that Glenn is out to get me in the way I probably would have in the beginning of my activism. I just really believe he feels strongly about the things he cares about, and that’s a great thing,” says Kloefkorn.

For Stanton, those things include being passionately anti-abortion (he believes that life begins at conception); a firm belief in what he calls the “traditional” family structure (he calls fatherless families a “human tragedy”); and he is so against gay marriage, he says he wouldn’t have gone to Kloefkorn’s wedding if they had met before she was married. Kloefkorn, for her part, rejoiced when the rainbow flag was projected onto the White House for Pride. She believes that functioning families come in all different shapes and sizes, and is pro-choice.

Reaching out to the other side may sound like self-inflicted pain, but Kloefkorn took those steps for a very personal reason: she is the only liberal in her staunchly conservative, evangelical family.

Growing up, her mother was the only person she could relate to politically, so when she died in 2015, Kloefkorn found herself increasingly isolated. And Trump’s election only exacerbated this feeling.

“My dad’s wife texted me the day after Trump won and said, ‘We are so happy that Trump won. We are sorry that your life’s work is over,’” Kloefkorn explains. “I kept on thinking, I’ve got to figure out how to handle this. I very much do not want my dad to die and for us to be on a bad foot.”

Stanton’s motivations are less fraught: he sees pairing up with someone different from him as an opportunity. He likes the idea of making new friends, and wants to learn how to become a better citizen. “Gaining all the friends that we can, and learning all of the different stories that I know nothing about: that’s worth the effort,” he says.

The work can sometimes be tough, revealing, anxiety-inducing. It requires workshops, disabling one’s own ego, and sometimes even being subjected to offensive ideas.

And yet thousands of people across the U.S. are returning every week to do the work and broaden their friendship circles and their minds, in hopes that the country will be healed by learning to get along.

“Where did we get the idea that we can’t be friends with people we don’t agree with?” asks Stanton when I talk to him on the phone, in his chipper, almost singsong voice. “I work in a very partisan world, and I am an advocate for things I believe deeply. But I really am troubled by the divisive nature of our culture and the way we tag each other so dismissively.”

That might sound simple enough, but the polarization currently gripping America is about more than just disagreement.

Most Americans today choose to spend their time with people who vote the same way as they do. People increasingly look badly upon — even loathe — people with differing views: a 2016 Pew poll found that 47 percent of Republicans judged Democrats to be more immoral than other Americans; 35 percent of Democrats said the same about Republicans. And this year, a Gallup poll recorded the most divided results it had ever seen on Republican (89 percent) versus Democratic (7 percent) approval of the president: an 82-point gap.

And while it might feel like politicians have always hurled mud at each other, our political culture is becoming increasingly antagonistic. During the 1960 presidential campaign, only 10 percent of political advertisements were negative; by Obama’s second election in 2012, only about 14 percent of campaign ads were positive.

This increasing polarization has devastating effects on our capacity to show compassion, and on our emotional and political health.

“When people become over-identified with a very negative or judgmental stance, it has a way of limiting their ability to perceive larger possibilities in their world,” says Kirk Schneider, a psychotherapist who has been researching polarization and its effects on the human psyche for decades. “Being continually consumed with seeing the other as evil [prevents a person from] experiencing a wider range of relationships in their life, of having new discoveries, and also perhaps feeling a sense of wonder about the world.”

Polarization is also dangerous for democracy. Schneider, who is a Braver Angels moderator, points out that when societies become heavily divided, they tend to reach an impasse. Political objectives seem less achievable. People who have a less mixed range of views tend to move away from a give-and-take approach to politics, and start to endorse the idea that the other side — not their own — is the one that should be doing the giving.

“People have to sit with some discomfort if we’re going to have sustainable peaceful coexistence with one another,” says Schneider.

Wesley Dennis is so terrified of racism in Trump’s America he has already started planning his exit route should Trump win another election. But he doesn’t want to be this scared. He wants to hear why he shouldn’t be afraid of Trump voters — he wants some reason to feel, if not optimistic, at least not horrified.

Dennis has been engaged with Make America Dinner Again (MADA) since the 2016 election, an organization that started out by asking people to have polite disagreements over dinner in people’s homes, and has moved online since the pandemic.

“I don’t believe that Glenn is out to get me in the way I probably would have in the beginning of my activism.”

Sometimes the posts that he submits to MADA’s Facebook forum take two, three, maybe even four attempts to write. He will carve out six paragraphs explaining why he believes it’s not anti-American to take down statues honoring Confederate generals, and then he will screen his own writing. He wants to be as approachable, rational and careful as possible to help Trump voters understand his side.

Sometimes the responses he receives are infuriating. People call him over-emotional about racism, or unable to be rational. They suggest that Black people are inherently criminal. Sometimes they don’t even gratify him with a response.

“Some days I spend hours writing comments to people who have said things that are offensively misguided, only for them to say, ‘I don’t like your tone,’” he says.

Dennis points out that while he knows it is not his job to educate anyone, if he doesn’t speak up the “other side” might never hear from a Black American. “Take this idea that Black people are somehow inherently suspect; or that police brutality stories are just an example of ‘one bad cop,’” he says. “People [on these forums] will say, ‘Well, the solution is more education, or for Black fathers to stop being so derelict.’ And I say, look, I grew up with both parents and I have a Yale degree, and I still experience this sort of profiling and harassment.”

There have been small points of relief throughout his work. He is now less likely to lump all conservatives together, which he believes is good for democracy. Sometimes he will see a post about guns that makes him certain someone is an archetypal, evil orthodox Trumpian — and the next minute, he’ll see the same person attending a person of color-led Zoom talk about race that makes him reconsider his assumptions.

And while he can’t be sure he has helped the more conservative members to see his side of things, he has certainly made ground with some. One of his MADA partners, Patrick Yu — who voted Republican until Trump’s election — said he struggled to understand systemic racism in the very abstract ways he felt it was written about in news articles and academic studies. But meeting Dennis helped to broaden his worldview.

For Dennis, there is another benefit: he feels less powerless. At least if he chooses to engage with those he disagrees with, he might broaden their perspective, and that is something he can hold on to.

Depolarizing is not easy. Some people years into the process say they still have paranoid fantasies: they fear the sum of their values could be compromised by talking to their political opponents; that the other side will take over and destroy society; and that those they care for could be harmed as a result.

Sometimes those fears materialize. After Kloefkorn joined Braver Angels, her own friends berated her, accusing her of compromising her values by being friends with a man who had opposed same-sex marriage. 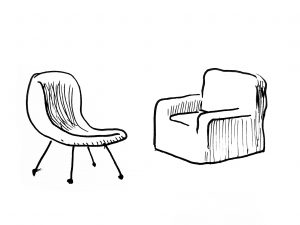 That is why the Braver Angels model focuses on techniques taken from marriage counseling to help repair wounds. People listen to their partners talk about the stereotypes they have been subjected to, and how it makes them feel. Ultimately, they are filling out their political opponents’ humanity, putting the parts of them back together in a way that makes them less of a caricature.

“It helps to expose myself to other beliefs and I have an understanding of where people are coming from, even though I don’t agree. It helps me because then I don’t have to feel so bad all the time, especially at family dinners,” says Kloefkorn.

What’s more, she isn’t carrying around the weight of assuming that others are against her anymore. “It is just negative for me if I have that as a belief because I am just going to look for confirmation and then I am going to feel unsafe.”

Now, at Thanksgiving, Kloefkorn tries not to persuade, not to rationalize or reason with, but to disarm herself and take in what her father’s fears are. “On a bad day, I just try not to talk about it,” she says. “But when it is good we just focus on the things that we love about each other.”