It was weeks until my release, and I couldn’t believe how fast time was flying by. I had spent close to 13 years in prison, and I was actually about to go home. It just didn’t feel real. I had so many plans and aspirations. I was convinced that I was going to succeed. But for this success to mean what I thought it should, I was clear about one thing: I was going to redefine myself, independent from my past.

You see, once you’ve been to prison, society has a way of deciding how you’ll be perceived. But I wasn’t just worried about discrimination; I was worried about being undervalued. I didn’t want to brand myself as a “formerly incarcerated person.” No offense intended to those who do, but I wanted people to value me for my talent, not use my incarceration as an entry point. 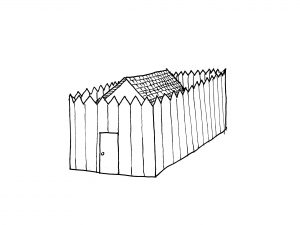 What I didn’t realize at the time was that in redefining myself so adamantly apart from my past, I would cut myself off from a portion of my life that played a significant role in the person who I have become. It would leave a significant void. Sure, I would encounter discrimination by connecting with my past, but I also stumbled upon a world of empathy, understanding, support and amazement.

I got my first hint of this the day after my release when I stopped by a Capital One bank branch to open a checking account. I went into the bank with all of the necessary documentation, including a temporary learner’s permit from the DMV I had gotten an hour earlier, and my New York State Department of Corrections and Community Supervision “Released” ID card.

Uncertain of the reaction I’d get as I handed over the ID to the banker, I said, “I know this might be strange, but…” Before I could get any further she responded, “It’s not strange at all. My brother is upstate right now.” Upstate meaning one of the prisons in upstate New York. “I’m hoping he’ll be like you and do something different when he comes back this time.” Because of that connection, she went above and beyond to be helpful to me that day.

Sometimes we forget about the sheer number of Americans whose lives have been touched by mass incarceration. Casual interactions like this point to a sobering fact: In the U.S., incarceration is no longer strange, especially in Black and brown communities. Some 44 percent of Black women and 32 percent of Black men have a family member who has been in prison, and that doesn’t even include friends, neighbors and acquaintances.

But knowing this, and even having had experiences like the one at the bank, did not convince me that I needed to rethink my mission to break with my past. Within a month of being home, I took an exam I had studied for while I was in prison to become a Certified Strength and Conditioning Specialist. I thought this “higher level” certification would make me stand out, even though the truth is that strength coaching was a craft that I had learned and refined while in prison. But I was on a mission. So I went to every gym I could find, I mentored, I worked, and after less than a year, I found my way into one of the top strength gyms in New York City, JDI Barbell.

I developed close relationships with members and lifters, but I didn’t tell them about my past. In fact the owner of JDI Barbell asked me not to. I had no issue with it, and obviously neither did he — he had hired me, after all — but he thought that members didn’t necessarily need to know. That was fine with me. I didn’t want to be a good formerly incarcerated coach, remember. I just wanted to be a good coach.

Then, I got an Instagram notification. A member had messaged me. I clicked the message open and my heart skipped a beat. She had sent me a link to the first article I wrote for Reasons to be Cheerful, an article about getting my college degree while serving my time in prison.

“I thought this was you,” she had written. I wrote back and confirmed that it was me without hesitation — I wasn’t living a lie — but still, my stomach was knotty while I awaited her response. Finally, I got the alert: a new message. “I think this is amazing!!” she wrote.

I began to wonder if I was so preoccupied with not letting my incarceration define me professionally that I was letting it control me personally.

Despite trying to redefine myself in a professional space, my past wasn’t a secret — I was open about it whenever it came up, clear about my mistakes, my role, who I was and who I am. Yet it was clear that I was living a sort of paradox, and I began to wonder if I was so preoccupied with not letting my incarceration define me professionally that I was letting it control me personally. My member’s response made me rethink my approach to talking about my past. It made me think that I should embrace my story more — not the story of my crime, but the story of my journey.

By doing so, I found warm receptions in unexpected places. Along with my work as a strength coach, I entered another professional setting. I was hired by the directors of an education company called Velocity Career Start who sought me out specifically for my experience in prison — not to flaunt it, but because the directors believed deeply that my experience made me the right fit for this program. While inside, I had studied education, tutored my peers and earned a bachelor’s degree through the Bard Prison Initiative. My experience fit the bill uniquely. I didn’t need to sing and dance my way around my past.

While I share these stories of positivity, I don’t want you to think it was all peachy. My past has surely brought discrimination, the type that comes as a package deal with a felony. When I went looking for my first apartment, I made the mistake of telling the management company why I didn’t have two years of tax returns to show. Do you think I got a call back? Let’s just say I never made that mistake again.

Another defining moment for me is when a woman I was seeing — one who was deeply embedded in the social justice space — didn’t want to see me anymore after finding out about my past. As connected to the idea of humanity as I thought she was, she never wanted to know what happened, never cared to ask me a thing. Her mind was made up at the thought of a crime I had committed nearly 15 years ago. Experiences like these almost led me down another road. They made me fearful of sharing my experiences because I could still be punished for things I could not change.

But it became clear to me that I had to overcome this fear. A significant enough portion of my life occurred in prison that omitting it complicated my responses to even the most innocent questions: Where did you go to college? Where did you start lifting weights? Do you remember where you were when this song came out? The answer to all of these seemingly innocent questions is the same: “I was in prison.” There was no way I would be satisfied with a pure omission of some of my proudest moments merely because they happened in an unconventional setting. 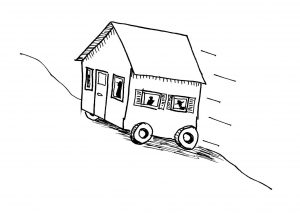 So my dissatisfaction led me toward what I consider a middle way. When omitting my past feels disingenuous, I don’t do it. I share my story, and I believe deeply that the people I lose in the process simply weren’t meant to be there. I’m content with that.

Ever since I have taken this approach, the acceptance that I have felt has been nearly unimaginable. People are often surprised: I never would have guessed. You don’t fit my idea about what a person who has spent time in prison looks like. Everyone has a cloud over their head in some way. We all have a story. Some of these statements may seem short-sighted. What does a formerly incarcerated person look, feel, or smell like? Not like me? Well, great! Thanks! But all jokes aside, I feel like I have broken stereotypes, opened people’s minds and helped to start conversations that we should be having. Even more, I have established deep and lasting connections with people who share my experience in some way.

For example, I was talking to a person who I recently hired to do some plumbing work. I asked him where he picked up the trade and it turned into a conversation about him being a knucklehead and spending some time in prison. “I did some time myself,” I told him. It was an instant connection. Now he is my go-to guy for construction. If either of us had been scared to have that conversation, that never would have happened.

But not every conversation is that easy, and it doesn’t mean I am an open book. I constantly make choices. Recently, I was talking to a group of members and friends at JDI Barbell. We started talking about where we were the moment we realized Trump would win the 2016 election. I chose not to contribute. It was an organic omission, and no one thought it was odd, but I made the choice. If I’d spoken up, it would have turned a session of jokes into a moment of surprise and uncertainty. I wasn’t in the mood, so I let that one go. But I’ll tell you guys where I was: in the basement of my cellblock at Eastern Correctional Facility watching the TV, just as shocked as each of you were.

We all have choices. I have found a way to be content with mine.